The Peruvian jungle is part of the mighty Amazon basin. Amazon is one of the longest rivers in the world and runs through many countries in South America. There are two main jungle areas in Peru that you can visit, both equally beautiful and with many great attractions to experience. The first area is the area of Puerto Maldonado and the Madre de Dios River. The area is part of the great Tambopata National Reserve; The reserve covers around 274,690 hectares stretching from the Andes Mountains to Bolivia and is close to the Manu National Park and the Madidi National Park.

According to current estimates by conservationists, the area is home to 160 species of mammals and at least 650 species of birds, one of the most surprising Amazon facts. The area is home to 1200 butterfly species, over 150 species of amphibians and reptiles and more than 100 fish species, and over 10000 plant varieties. A highlight of the Tambopata National Reserve is the world’s largest known mineral clay lick. This is where hundreds of parrots and macaws congregate daily to ingest the detoxifying clay. The reserve contains the largest known clay lick in the world as well as the highest concentration of clay licks anywhere. Up to 17 different parrot species visit the licks daily.

Wildlife found at the reserve includes Giant River Otters, Jaguar, Tapir, Peccary, Caiman, Anteater, Armadillo, Eagles, Turtles, Deer, and wolves among many others. The reserve has up to eight habitats for different species of monkeys, including the Red Howler Monkeys. The Tambopata National Reserve is the home of the Ese Eja, an ethnic group that has lived in the area since ancient times and knows the area well. The Ese Eja are currently organized in three communities, Palma Real, Sonene, and Infierno. Infierno works together with private companies to offer diverse activities and tourism services including lodging and guided tours. The project has been considered a global success, thanks to the cooperation of the communities. If you get a chance to try it, you have to. Being able to share with the different communities is one of the best things to do in the Peruvian Amazon.

This trip is rated as easy. Participants should enjoy short walks on trails full of moisture, mud and heat, in the wild jungles of South America. In many of the circuits that our guides will take you are near the hostel, there will be days when we will have to walk with some rain. Weather conditions and remote locations are a combined physical stress that can make this activity a bit more challenging than it normally would be.
Prepare to face large rivers, in small motorboats and taste unique food from the region. Generally, it is not necessary to be a tourist with experience in hiking, since the attraction is about 500 meters above sea level. The terrain is not very steep. The probability of seeing wildlife is very varied, since there are days when we will have more opportunities than others; Remember that this tour goes to a wild place where animals are not in the same place. The best recommendation is to have a lot of patience and teamwork with the route guide.

Departure from the bus station or the airport to begin our visit at 20:45. we will have 2 hours turn on 4×4 interoceanic van track and small busy road to reach the shores of the Tambopata River buffer zone of the Tambopata Collpa Chuncho National Reserve where our boat and the rider will be waiting for us to continue on the space fluvial 30 minutes upriver until we reach our hostel where we will have the chance to see a lot of river birds, white caimans, arriving at our hotel, we will have a welcome drink and a short description of our services during your stay with us. After lunch, a short break to continue with a walk in a primary forest frequented by old trees with a lot of information on the most important economic activities of our department such as “agriculture, mining, exploitation forestry, gathering activity Chestnut or Brazil nut and ecotourism “while we are likely to find monkeys and other mammals in their natural habitat. We return to dusk to catch our flashlights and go see alligators, capybaras and maybe a cat (jaguar) that is near the river or the Tambopata National Reserve wanting to catch something. 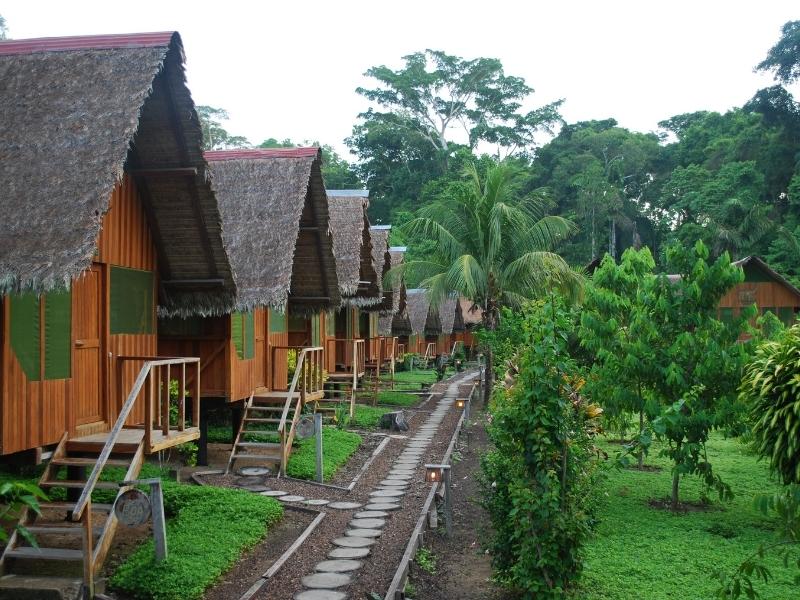 We get up early and after a delicious coffee, we will continue at 5:00 upstream for about an hour, the scenery is spectacular, we have a 20% chance to see a jaguar or maybe an anaconda on the shores of our national reserve of Tambopata. Upon arriving at our destination, we will find a show of parrots and macaws and learn closely why these birds, and many other mammals need clay this wall in your daily diet throughout the year . After this little activity will continue to our hostel to enjoy our lunch and after a break, we will visit the stream waterfall taken for a refreshing swim and learn about some products that are grown in the rich soil of the Mother God . And when we start giving in the afternoon, we will take our canoe to go 30 minutes upstream to our lodge to take our flashlights and take a night walk in search of insects, spiders, tarantulas and maybe a snake, armadillo, night monkey or a tapir near the lodge. 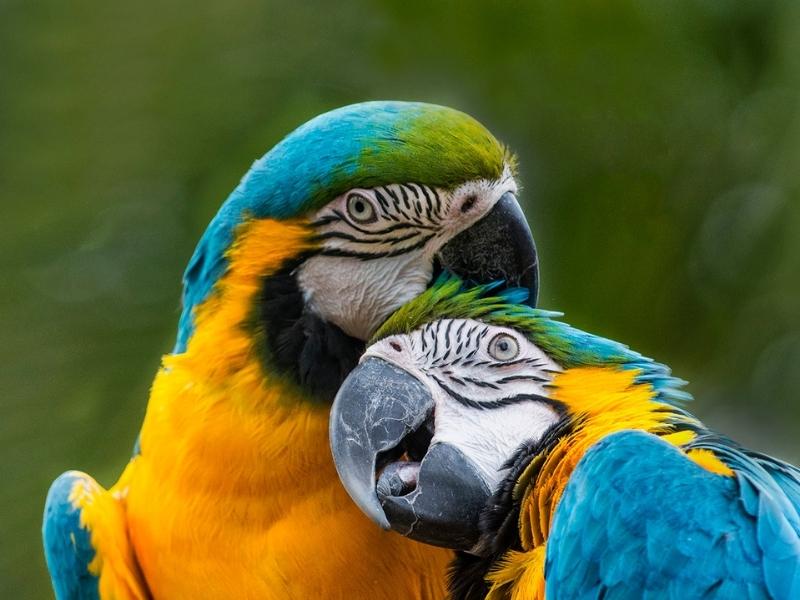 We rest until our breakfast then continue our visit with a two hour walk in a full of medicinal plants tambopata where we can discuss different survival techniques with many insect-borne diseases and the same climatic track . Tambopata our tours, we can also do some fishing in our stream where we will use the local bait to have more success in tambopata catch some fish and then taste in our lunch. After our lunch, having already enjoyed our stay with Tambopata tours take our boat on the river 20 minutes, then the van for our return to Puerto Maldonado, left at the hotel, airport or bus station. 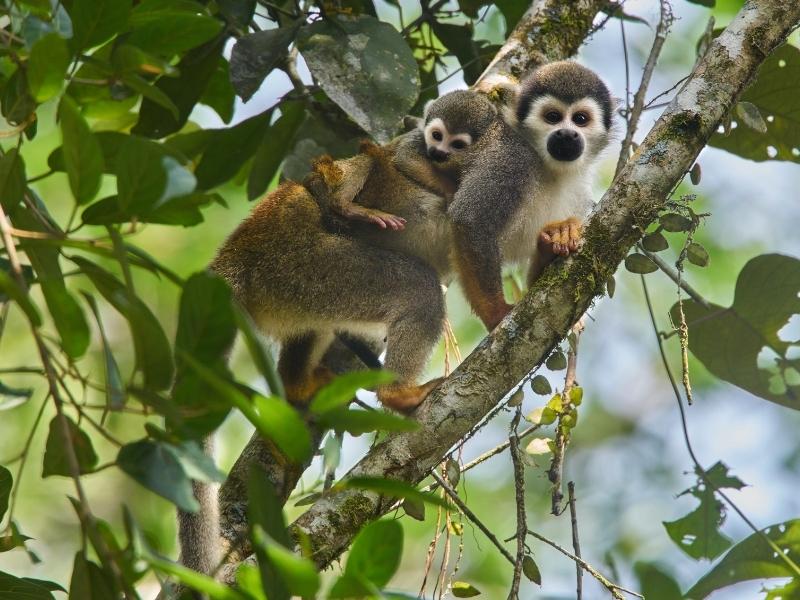 WHAT TO BRING TO THE TAMBOPATA  &  MACAW CLAY LICKS 3 DAYS :

Want an in-depth insight into this trip? Essential Trip Information provides everything you need to know about this adventure and more.

This trip allows you to have one of the best experiences in the Manu National Park which includes the Reserved Zone in only 7 days. It is an ideal way to experience the culture and traditions of local communities and see the distinct species of animals and birds that inhabit here.

Manu National Park is an excellent way to experience an intense amazon wildlife.Is the biggest Amazon rainforest in the Americas, its incomparable natural wealth, host the greatest amount of flora and fauna of the world.

Manu National Park is located in the Amazon rainforest of Peru. This attraction is one of the few places on the planet that still maintains its great biodiversity of birds, mammals, reptiles and many medicinal plants.